How to Build a Successful Mobile App?

September 02, 2019
Are you stepping to the app designing field?

Are you already into the business, but not giving expected outcome?

Or you are on track for promoting your business?

Well, whatever the case maybe it is decisive, so you cannot just jump on to it where sufficient research of the market needs user where their reviews are fundamental of this sector. So, concluding to that enterprise want a mobile app which is not the way how it works, but the big process stands awaited to be followed through. So, below are the given must follow steps for making your app successful: 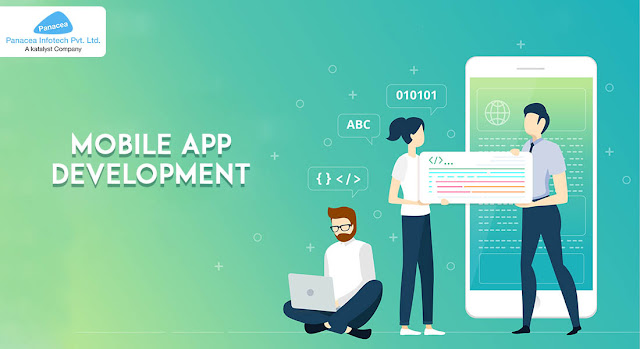 Everything starts with an idea

An idea is the core of every mobile application development because it often comes from the user’s likes and hobbies. For example, if you have traveled internationally and learned a lot about the interesting place, then you share it with others by creating an app of travelers. As there will be a lot of ideas in the beginning and it will be difficult to decide which of them is promising, so you should start with a clear specification, and write down the pros and cons for each and every possible option for their further development.

Target audience is important step for creating a mobile app a clear understanding of who and what the app development is for, such as who is the set target audience for your mobile application What tasks will the users complete with it? How do you encourage them to choose your product among alternatives? So, in this stage, you don’t have to worry about design, functionality, and other details. So, focus only on the problem of your mobile app, which has to solve and what it has to offer users to make them want to download it.

IOS, Android, or a cross-platform application

Mobile platform should be determined by taking the number of factors into account, so we can say that the same about the iOS and android app development approach, where you can create native apps if you have huge budget otherwise you can use cross-platform technologies, like Xamarin, so this can help to accelerate the product creation as well as to reduce the cost because such mobile apps will lose to native technologies on some points. So, you should make the decision regarding the platform as well as development approach based on the budget and time constraints of the particular project.

At this step, ideas start coming to materialization, where navigation or interaction among the app components and its appearance on different devices and other important points are considered. So, numerous basic app screens are created to approve by the customer because the prototyping enable app developers to clearly show how the end product will look and function, so just not visualizing something based on the technical description. There are large numbers of tools which can help to enable developers for creating a wireframe based on the ready elements, which significantly help to speeds up the work. So, right after making the decision on the function and the specifics of their implementation, which will be displayed on the layout, then you can start drawing the entire app design in detail right from the first screen to the last one.

If your mobile application uses illustrations audio, video, and text content, then you will have to prepare everything in advance and most often work assigned for dedicated outsourced experts like designers and copywriters. However, you need to involve experts to deal with specific issues. For example, when it comes to children apps, then teachers and specialists in child psychology would be good to have as advisors.

Simple is better. This fact applies to the fonts when we talk about the small screen. Therefore, simple sans serif typography is the best option for mobile apps, where the fashion has moved from thin fonts to bold type options. So, this helps to makes the navigation experience easy for the end-users by including the thing to watch out for is that although single words can be “All caps” like “hazy” yet a complete sentence should never be in “all caps” mode.

Security compliance issues are the later stage of the project, which leads to increased project execution time. So, whenever one needs to proactive while designing the UI, then the developers should consult with the backend team about the right set of data being put forward. So, this helps to ensure the reduction in the learning curve of app users.