August 26, 2019
Since the inception of the iOS mobile app development, mobile applications continued to see an upward swing. Presently, most of the modern devices like the iPhone and iPad are being successfully powered by iOS App development, and over the years the apps have seen many changes which have promoted most of the companies to take a closer look to adapt its attractive features. Nevertheless, the latest offer from Apple has been iOS version 13, where you can easily upgrade your mobile device to the new version and if it already supports the previous version, which was iOS version 12. So, as we move with the rapid development in the technologies, then the iOS app development companies also in for some fast-paced changes, so mobile app builders need to be well quipped to incorporate those changes. So, let’s take a look at what iOS app development has therein stored: 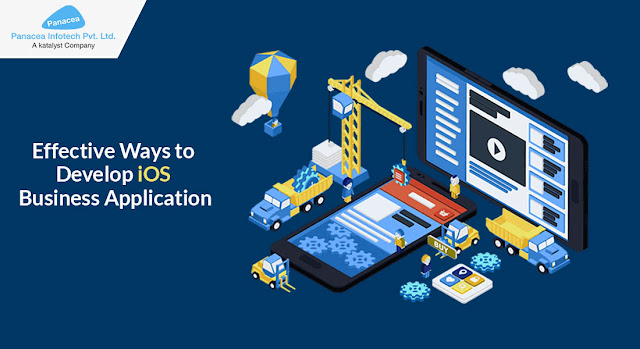 Over the years, iOS Mobile Application development has kept pace with the digital revolution, which continues to enter every phase of life. So, new technology brings a new wave of revolution into the mobile sector as well with Internet of things, augmented reality(AR )and virtual reality(VR) to bring rapid changes to the way mobile device work, irrespective of the operating system. So, much so that we can envision that iOS app developer would have to focus more on speed, even in addition to accuracy for any business to thrive and survive. We all know how Apple has influenced the growth of mobile technology by making this platform an epitome of revolution and innovation. So, there are numerous organizations on a fast track mode to ease out, as every important public service by creating an app is leading technology giant by including Apple, is one the way to bring something new to set to see some very interesting changes. Below are the given details to see what trends set the tone for the future of the industry.

Ever since Apple has launched its AI personal assistant Siri, it has gained a massive traction worldwide, so there is no doubt that it is getting smarter over the time where Apple has released its latest SiriKit for iOS app developers to enable iOS and watchOS apps to work with Siri just by using voice because there are numerous benefits of integrating SiriKit with your app by including access from the lock screen and hands free use. Nevertheless, Siri shortcuts intelligently suggest shortcuts to action which you might want to perform using the app. So, you need to can determine which actions in your app are suitable for users and what they would like to do in the future as apps tell Siri about these actions by specifying them as relevant shortcuts. So, you can also run shortcuts by voice and create your own with the new Shortcuts mobile app.

Right after the success of the Swift version 4, Apple has come up with swift version 5, so the primary focus of Swift 5 will be application binary interface stability for the swift standard Library. As, swift 5.0 is not binary compatible with earlier swift releases, so binary compatibility provides swift code compiled by the number of different swift compilers to link together and to interoperate at a runtime level. However, future Swift releases will be binary compatible with Swift 5, so why does ABI stability matters bundle size will reduce language changes less frequent, less migration, where developers can create pre-compiled frameworks in Swift.

Apple has created an enterprise-wide, security-minded culture, which can help user’s to maintain a safe working environment. Nevertheless, for a company, it is so crucial to improving its security to prevent data breaches as well as cyber-attacks. So, it is not just another app development trend, but it is a company commitment for upgrading its privacy policy while releasing its updates. So, now it’s possible to use the Authentication service framework to integrate password manager apps with password Autofill.

As per the report from Statista, 75 billion devices will be connected to the internet by 2020, so the list iOS app development trends will be incomplete if we do not mention the Internet of things. However, Apple managed to introduce a highly secure IOT ecosystem known as HomeKit by unlocking numerous opportunities for developers as it will help to connect with any IOT devices. Therefore, HomeKit apps will enable users to communicate with and control connected home automation accessories to discover compatible accessories to configure them, so that the users will be able to create actions for controlling device grouping them together as well as managing them with the help of Siri to unleash the potential of connected solutions in our everyday life.