July 17, 2019
Since the emergence of the iOS app development or mobile phone applications has continued to see an upward swing’ most of the modern mobile devices like iPad and iPhone are being successfully powered with the help of iOS app development. Over the years, the app has seen numerous changes which helped numerous companies to take a closer look and adapt to its attractive features. However, the latest offer from Apple has the iOS version 12, so you can easily upgrade your mobile devices to this new version if it already supports the previous version, which was iOS version 11. As well as iOS App development company are also in for some fast-paced changes, so the mobile application developers need to be well aware and well equipped to implement those, as and how they unfold. 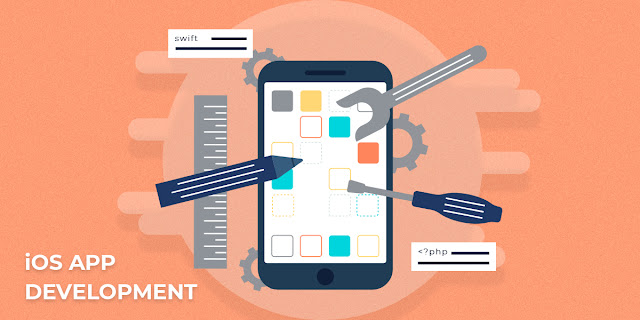 Over the past few years, iOS app development has kept pace with the digital revolution, which continues to enter every phase of life. Time and technology bring a new wave of revolution into the mobile sector as well as with virtual reality, augmented reality, and Internet of things and so on are set to bring in rapid changes to the way mobile devices work, irrespective of the operating systems. So, let’s take a look on below iOS app development 2019.

Ever since Apple has launched its AI personal assistant Siri, it has gained broad traction worldwide. There is no doubt about the Siri getting smarter as time passing because this AI based assistant is way smarter than Microsoft’s Cortana or Amazon Alexa. According to the recent report from “Loop Ventures,” Siri gave correct answers over 70% questions, and over the period' it keeps on gaining ground for assisting the users more efficiently. However, Apple has bought Sirikit to facilitate iOS app developers for integrating the Siri advancement, so that the developers, can build amazing apps with the help of Siri based features by using the Sirikit and shortcut, so in coming days, Siri will remain a key feature for all the AI based business apps.

The influx of machine language

Artificial intelligence has been a real game-changer in mobile app development, where Apple has the lead when it comes to leveraging machine learning in their chips. Therefore, the company has also revealed its core processor the 7 nanometer A12 Bionic, which includes Neutral Engine for tasks related machine learning such as Face ID and the new customizable Animoji called Memoji. So, this new AI brain helps devices to perform multiple tasks, like taking better photos and recognizing unhealthy heartbeat pattern and so on. Hence, the given framework also used for analyzing natural language text’ or deducing its language-specific metadata and so on.

Augmented Reality and Virtual Reality technologies have become mainstream, as well as users are also expecting them to be a part of the mobile experiences, where the introduction of ARKit 2, has opened numerous opportunities for the developers those who want to play with AR and VR. However, ARKit 2 gives the potential to present the same AR object from all the angles in multiple devices. So, with the help of ARKit 2, AR and VR are all set to expand beyond gaming space and can be a part of business apps as well.

Internet of things is the most vital technology trends in the corporate world because numerous businesses want to integrate IoT in their existing system and can leverage the benefits from automation or convenience. However, Apple has brought the HomeKit ecosystem for the developers to build the apps which can be connected with any IoT devices. Therefore, the HomeKit focusing on the home automation concept, but it is also useful for managing the IoT devices for small scale workplace, and gradually this IoT advancement will also integrate into the enterprise's grade iPhone app development, where the app builders can utilize Siri to make the IoT process more powerful.

Mobile app security is one of the most crucial concerns for Android and iOS app developers. However, iOS has the upper hand over its Android counterpart when it comes to security related features. Thus, the improvement in OS security allows the app developers to keep the hacker at bay. Hence, every newer version of iOS' addresses security and privacy related issues, where the encryption and authentication features are in place to provide more security to the users, so the iPad and iPhone app developers will also utilize these features to provide more secure app experience to the end users as well as enterprise.

Mobile payments and transactions is another most crucial trend which is emerging stronger and spreading across Europe and Asia. However, the customer embracing the concept since last few years as it happens to be far more convenient as compared to the conventional card and cash payments, and it is secure as well. Therefore, Apple pay has come ahead as an efficient payment gateway, where it is gaining popularity in numerous countries, which will also help Apple to strengthen its position.