Apple has recently come out with a lot of exciting announcements in the previous week at the annual worldwide developer’s conference 2019 which was held at San Jose, California. So, from new product launches to interesting updates, including the operating system, there has been a lot for both the iOS developer and the users. According to the reports, iOS 13 will offer a massive boost in its performance along with a range of new features’ will compatible with iPhone 6S and later versions of the iPhone.

Below are the given top notable iOS 13 Features which you should know: 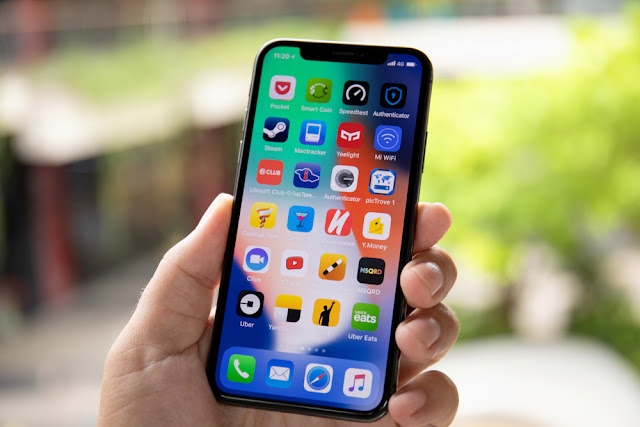 The Apple worldwide developer’s conference 2019 surprised everyone with one of the most awaited features by iPhone users across the world “The Dark Mode.” So, iOS 13 will be offering dark modes which will be system-wide visible at the system level as well as in all the mobile application, so this will ultimately help to save your phone battery. Therefore, the users will be able to turn on the dark mode manually and schedule it as well. Moreover, a series of new dark mode will also optimize wallpaper, and as far as third-party apps are concerned, app developers will easily able to integrate given new features into their mobile apps.

Apple iOS 13 will provide users with a set of all new photo editing tools which will allow them to edit not only pictures' but videos too. So, you will be able to edit, add effects and include filters along with that it will also help you to rotate your videos. However, new photo editing tool such as shadows, highlights, contrasts, brilliance and noise reduction will give an additional professional touch to your pictures, with a much more user-friendly interface and clutter free presentation of all your captured memories.

The company has made all the ground up modification in its Map app and traveled down 4 million miles to provide users with an accurate address and road coverage. Moreover, iOS app developers have also added a "look around feature" in the app which provides a 3D view of a place, like a street view by Google because initially, the map apps used to provide a detailed map of selected cities. However, now it has expected to cover all the regions of the US by the year-end and more nations in the upcoming year.

Apple has given easy and smooth typing experience with its new keyboard called “Quick path keyboard,” so this has enabled a user’s to swipe across with ease while typing. Hence, similar functionally has been offered by several third-party apps like Gboard, but now iOS has come up with its own swipe type functionality, so users don’t have to depend anymore on the third-party apps.

Siri has been widespread ever since its advent, where Apple has upgraded it further with its iOS 13, so now the new upgraded Siri has made its presence with its all-new voice by neural TTS. However, now Siri’s voice has become more human and less robotic, even though the voice is coming from software. Besides, the company has also launched an Indian English voice to add a local touch for its Indian users, as well as call acceptance, and rejection has also become more personalized.

Apple has made it easier for a user’s to search for an emoji of their choice along with the company has also added a support for the custom creation Memoji on all the compatible iPhones. Besides, iOS 13 has also giving Animoji characters like an octopus, mouse, and a cow.

Apple has given an enhanced reminders app to come with an easy to reminder lists, user interface, and smart filtering options like today, flagged, all and scheduled. Additionally, the app can also allow you to organize a reminder as well as tag people in it. However, the tagging is synced with messages so you can get reminders during your conversation.

Apple has also given a secure and seamless authentication feature called "Sign in with Apple." However, the feature also allows users to directly log into websites as well as apps with their Apple accounts whether it is Face id or touch id. Therefore, users don’t have to provide personal information while creating a new account.