May 15, 2019
Blockchain technology has taken over the industries such as real estate, healthcare, education, and the legal field and it will soon be having a significant impact on the entire economy surrounding mobile apps as well. It is a decentralized architecture for providing some amazing benefits, which are practically all industries, can take advantage of, and the world of mobile application development will be able to take advantage of these to correct some shortcoming which is evident in recent years. 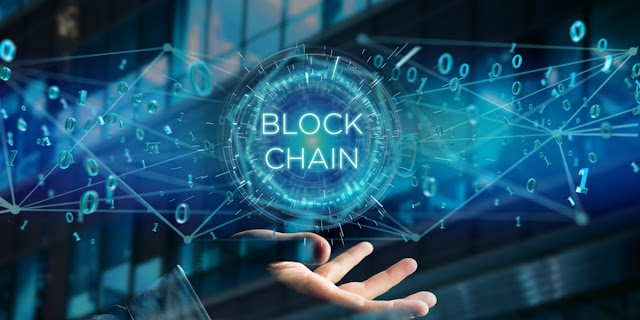 What is a need of Blockchain technology in the mobile industry? And how it can revolutionize the world of mobile applications?

The Mobile economy is growing rapidly, and it's expected to be worth $6.3 trillion by 2021, whereas the app stores jammed with millions of apps. Besides, app developers and users are getting access to better facilities. However, this exponential growth and technological innovations, the mobile application development economy is still facing various issues which we cannot overlook.

Below are the given Mobile economies Concerns and how Blockchain technology can solve them:

A mobile economy involves various intermediaries between the mobile app developer and the users where these entities also help in distribution, discovery and financial transactions but at the same time, it deters transparency. Therefore, as a result' we face situations like security threats, inaccessible in-app purchase, data leaks, malware plagued downloads which not only have an adverse effect on the user experience but also impact the mobile app performance and their ROI. Therefore, the technology with its decentralized, distributed and secured ledger feature has the potential to transform the way app economy functions and can make the end user experience seamless and enticing. Thus, if it’s applied correctly, Blockchain can even tackle the following major concerns which relate to the mobile app economy.

Advertising by developers can be transformed, entirely with the help of Blockchain whereas the developers are obliged to invest in cost per installment advertising campaigns in order to reach the broadest possible audience. As per the research conducted by Statista, there are more than 2.8 million apps' which are present in the Google play store and about 2.2 million apps in the Apple app store. However, this advertising scheme includes several intermediaries' who all get part of the proceeds from sales, and reduce the amount of return to the developer. The cost-per-installment approach can be replaced with cost-per-attention strategy, which can help to reward users with the app coins for each time they spend using the app. Therefore, all the intermediaries are eliminated, and users are rewarded with coins which can be used to make in-app purchases efficiently.

Google and Apple are the two major platforms, for selling the mobile applications’ where the current app approval process is also entirely handled by them. They are the one who decides which mobile app will be published on their app store and which not, based on the multiple non-transparent quality assurance processes and distribution policies. Therefore, this not only makes the process inconvenient and time-consuming, but it also increases the confusion among Android and iOS developer in case of app rejection. On the other side, less transparency app approval raises the risk of distribution, malware-plagued apps, and thus lesser security in the app market.

So, with the advent of Blockchain technology into this process, the app approvals can be made universal and transparent by a developer reputation system where the reputation system will directly associate to the financial transactions on the public ledger where it will be available for investigation all the time.

As per the report from “We Are Social” and “Hootsuite” revealed that it’s about two-thirds of the world’s population uses smartphone and 2 billion of the mobile users have the access to the payment methods which are necessary for in-app purchases. Therefore, as per the traditional in-app process system, the user has paid to the app store, and then deal with the bank transfer fees, credit card fraud cases, circumstances of chargebacks, and so on and then, only mobile app developer receives the payment from app store going through the same hassle. However, the outcome is that, neither the end users can enjoy the in-app purchase nor the app developers will able to get the best out of their app monetization strategy. Henceforth, with the help of Blockchain technology, the users can use their CPAt reward even in the absence of credit card and other payment solutions.