March 29, 2019
Before moving into the world of mobile app development, one needs to target its users. Another factor which requires the attention of the business is the OS platforms which must be selected for developing the perfect app which fits the user necessities. If we see the current scenario, two major giants are ruling the mobile app development landscape: First is Android and the second one is Apple. As per the statistics almost around 99.54% of the mobile market is entirely dominated by these two platforms. Therefore, the primary question that arises here is which one to adopt? Furthermore, in this post we will see about the iOS and Android platforms devices, their usability criteria and their impact on your app and the success ratios which incites with these OS. 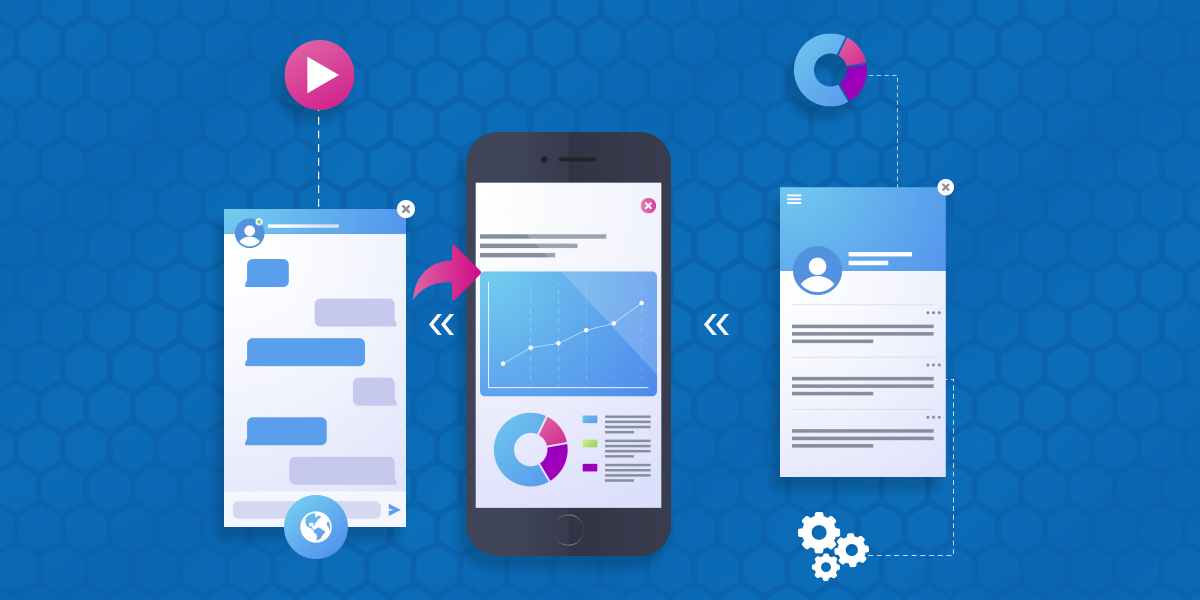 The OS market
As per the research, there are around 3.2 million apps on the Google play store, and about more than 2 million apps are in the queue on the apple app store so there is no denying the figures are alarming and thus one might think to go with the mobile app development on both the platforms. So, therefore, the number of downloads is increasing with every passing day and here if we take out the least data the percentage of downloads on both the Google play store and apple app store multiplied around 30 times in the current year.

User Demographics
Android is holding the most significant global market share at over two thirds that is because of the popularity of the Android OS among lower-income and developing countries, where on another hand iOS is more prominent in North America, UK, and Japan. Among those with the higher income levels, as per the recent report iOS users generally, have higher app engagement and tend to spend more money per app. As per the survey from Slick deals points out that iOS users make an annual income of $53,231 comparatively Android user’s income $37,040. Even the recent poll suggests that iOS users tend to spend more particularly on items which are relating to self-images such as clothing and cosmetics. It can also help to compare the fact that iOS devices are more popular amongst women and Android devices are slightly more popular between men. So, therefore these demographics difference also has influence over which types of app user is likely to download altogether.

Device Capabilities
A smartphone is something crucial and personal for any user. It helps to regulate your daily needs and necessities in the easiest and fastest way. Besides, it is also essential for the user to get comfortable with the mobile operating platform because both Android and iOS platform carries a considerable difference. Android is user-friendly and compatible with other applications where on the other side IOS is a bit complex as it needs end-user permission to depend on other applications. It is also strict when it comes to app submissions, push notifications, rules, and timelines. On the other hand, Android apps can be updated without any human interruption where while developing an app on android platform make sure that your android app development company consider the fact that numerous other companies which provide a various specification which can impact on mobile app development. So being highly fragmented across different phone manufacturers such as Samsung, LG, HTC, etc. can be customized easily to give varied experience to the end user.

App Retention and Engagement
Android and iOS user tend to use their devices in term of viewing and engaging with content where iOS users earn themselves the title of power users due to directly engaging with more content on their devices for a more extended period. As per the survey conduct by Slick deals, iOS users on average spend 4hours and 54minutes per day on their phone where android user spend 3hours and 42minutes. IOS users also have a faster open speed when it comes to the notification, where Android users take an average 48minutes to open any notification while iOS users take roughly around seven minutes. With that said android does have a more significant number of media users and a large audience where Android users tend to prefer utility, performance, productivity and anti-virus applications. So in terms of user engagement metrics, iOS surpasses Android in all the given categories except for registration in which Android has a less advantage.

Which platform must one select?
When deciding which platform is most suitable for your mobile app, one must consider all the unique and quantifying features of mobile app before proceeding for the mobile application development. The perfect scenario will be to develop your app for both Android and iOS to attain the most extensive user base.

However, it is not always feasible where each platform offers unique advantages, characteristics and understanding the difference between the users of each OS which can help you make wise decisions about where to focus your efforts to achieve the most business value.