Why do People Uninstall Your App?

July 11, 2017
What is the lifespan of the application on your smartphone? 5 minutes? 1 day? 15 days? Or 1 month? Very few applications successfully make a long engagement with users while some badly disappoint them in many ways. Getting an app developed is just a half job done but maintaining user engagement is one of the daunting problems faced by developers. Therefore the biggest challenge in mobile app development sector is how to get users to install apps and keep them installed? It is difficult to keep users happy beyond the initial app install, and it can be even more challenging to get the meaningful exposure in first place against the larger companies that offer a lot of top rated applications. 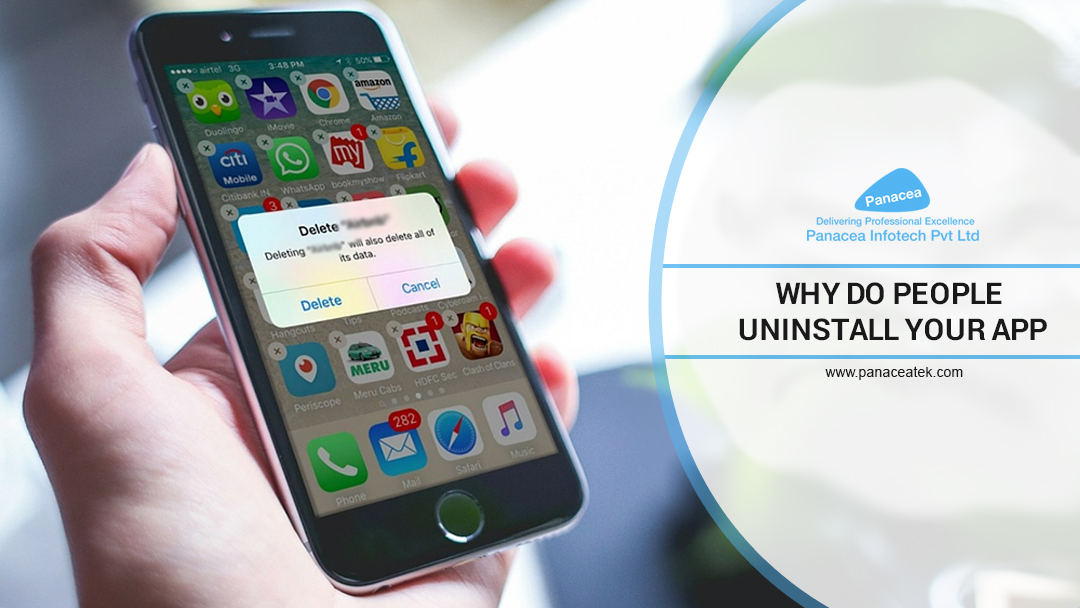 If you consider the applications in numbers then there are around 5 million applications in App Store and Play Store combined. In such a huge pool of applications, it is hard to get another chance to impress users to download and install an app, if you fail in first place. Moreover, many studies have found that users take only less than a minute to judge the application.

Many people think that app uninstalls are primary happened because of user dissatisfaction. But a normal uninstall does not necessarily a bad thing. Neither does it show that there is a problem in the application. It means users either just want to free up the storage space or they have used a particular application too much and want to try out something different. But few questions always bother such as--
Applications that do not offer anything unique and helpful tend to be deleted most frequently. Also, people delete apps all the time for numerous reasons whether they are discontent with the lack of security, usability, or support.

Factors that Cause App Uninstall

Following are the primary reasons why users uninstall apps on their smartphones.

A lengthy sign-up process is a huge turn off for many users. Most of the times, users are very impatient that they hardly complete a long registration process. It makes them uninstall the application before it is even used. Developers can make the process smooth by allowing users sign up using Facebook and Google accounts.

2. Asking so Many Permissions:

Privacy is a major concern while installing the app as it is important to make user safe while requesting their information. If an application asks too many personal information, it makes users consider it as a spam. For example, a banking, cab booking app asking for permission to access photos is not a good sign. Such applications directly land in a trash.

Users get irritated quickly when they found a single error in the application. If it occurs more than once, they certainly stop using application. Why does this happen? The answer is simple. The app has not gone through proper testing practices. Testing makes application bug free as well as secure. The mobile app development companies should perform different testing on an application before releasing it in the market.

Push notifications and in-app messages are good the promotion of services provided by the application. But if not use them properly, these things can simply turn into an annoyance for the users. Notifications providing offers and promotions are good but users get upset if they are not relevant. For example, frequent displaying of ads and pop-ups while playing online game force the users to delete the application.

5. A lot of Memory Consumption:

Some applications consume a lot of memory and slow down the working of the smartphone. Most of the applications run background data when they are not in use. For example, Email. If auto-synchronization and pop-up notifications are ON, the app constantly runs background data to provide updates to the users.

Some Other Reasons Why Users Uninstall Apps?

Not only dark sides are responsible for app deletion but there are also other reasons why users delete an application. Let's see it
When users are not downloading your apps, there are many factors to consider. From in-depth research and analysis to commence app development, set a business objective, users expectation, and platform selection. If you want to build 100% application for the business be sure to check out app development services of Panacea Infotech, a leading mobile app development company.